The Right Controller Can Mean the Difference Between Dealers That Thrive and Those That Are Struggling to Survive.

In times of industry turmoil, the big tend to get bigger, and the small, well the small sometimes don’t survive. It’s the natural evolution of the industry, but that doesn’t mean small dealerships are doomed to unavoidable extinction. There are ways to adapt to industry change and stay atop the proverbial pecking order, for dealers of all sizes. And, as it turns out, the right controller and the right accounting team can mean the difference between dealers that thrive and those that are struggling to survive.

The Difference Between Thriving and Surviving Dealerships

Within the past 18 months, we have seen our own version of “survival of the fittest” in the automotive sales industry. As circumstances have forced dealers to adapt to a new way of doing business, some dealers have embraced digital experiences, while others have been less eager to evolve and have felt the difficulties of a down economy.

Unfortunately, even among those dealers that have adopted digital technology, some have walked back the progress they’ve made—perhaps explaining why only 62% of static dealers believe that digital changes will create long-term benefit, compared to 83% of thriving dealers.

Communicating at the Speed of Digital

Out of necessity, the digital era has introduced a new, more efficient way of communicating within dealerships. Over the past 18 months, dealers have had to rely on Zoom calls and other modern forms of communication, just to survive. These new technologies have enabled dealers to communicate better, but they’ve also resulted in dealers communicating more—an ironic technological twist, considering we’re also working apart more than ever too. It’s easier than ever, for example, to hop on a Zoom call with a parts manager to learn new processes. If dealers thought they were communicating well before, the new digital era has introduced the industry to a higher level of communication efficiency.

In the accounting office, where communication is often done with numbers and documents, the digital era has paved the way for more paperless adoption. Prior to the pandemic, dealer accounting offices were slow to adopt digital document scanning. But now, as people work from home and can’t be near the source documents nearly as often, the industry went from 50% adoption to full adoption, nearly overnight. Even if these new processes were forced on dealerships, their benefits will be felt well beyond a window of temporary distancing because, simply put, it’s a better way to communicate long-term, and it creates efficiencies that are felt throughout the entire dealership.

Integrity of Numbers and Integration Across Channels

If the goal is integrity in numbers (and it should be for every dealership accounting office), integration of technologies is hugely important in the new digital era. When technology is integrated with the help of a centralized DMS that connects every department’s technologies across the dealership, controllers don’t need to worry whether they can trust the numbers on one department’s dashboard. They don’t need to worry about why the CRM data doesn’t match the customer pay repair orders on the financial statement. Integration is automatic, and it’s more important than ever before as dealers embrace digital.

No matter what some dealerships believe, the digital advancements made during the past 18 months are here to stay. They have already started to separate the evolving dealers from the static dealers, and they will continue to act as a dividing line between dealers that prioritize profitability and efficiency, and those that don’t.

About the Author | Karli DeVall 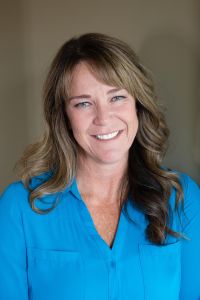 Karli DeVall is the CFO at Tim Dahle Nissan and Red Rock Auto Group. Prior to her current role, she spent ten years running an accounting and consulting practice in the retail automotive industry where she specialized in fixing broken accounting offices. She is passionate about the role that controllers and accounting teams play in the business and looks for ways to empower teams to connect and showcase their skills to their community.

Request a Demo
What to Read Next

Dealers purchase technology to increase their profitability. That makes sense. After all, you wouldn’t invest in new digital steps if they cost more money than they were worth. And, if you’re like a lot of dealers in the last year, you’ve added at le…

A DMS Designed to Work Well With Others

Technology driving franchise dealerships is more connected, more powerful, and faster than ever. As you strive to meet the needs of your customers (two out of three buyers surveyed by Cox Automotive want to complete 100% of the car buying process onl…

Does Your DMS Pass The Profitability Test?

Does your DMS pass the Profitability Test? It's time to find out. In a year when people spent less time at your dealership, customer satisfaction also reached an all-time high according to Cox Automotive research. While the reasons for staying home w…

You probably know how many cars are on your lot right now (or at least a good idea, we hope). Your accounting manager tracks payroll down to the minute. And you use smart data to gain insights into profitability from dashboards and reports. But, you…